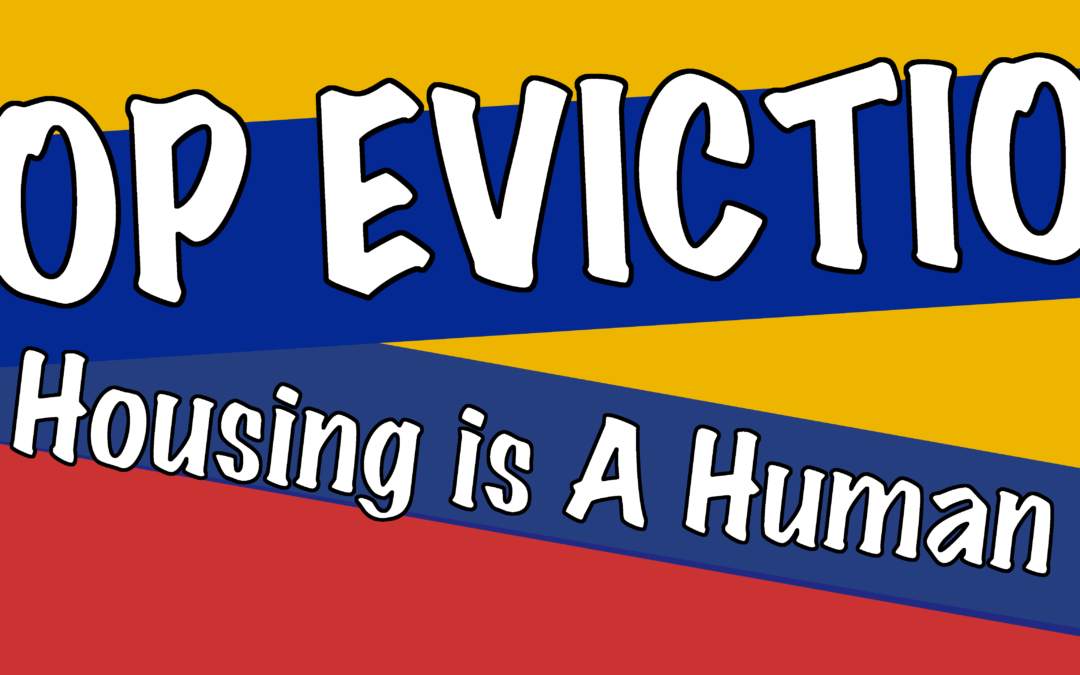 DURHAM, NC — In January, Durham residents won a moratorium to pause evictions in Durham Housing Authority units during one of the coldest months of the year. Despite this, Durham Housing Authority filed 84 new evictions cases in February. This is more than twice as many summary ejectment cases filed in Raleigh or Greensboro. Concerned Durham residents and organizations are united to stop DHA from pushing out 80 more families.

Historically, a majority of eviction filings were targeted at McDougald Terrace. But during McDougald Terrace’s recent evacuations for carbon monoxide poisoning, their residents were not charged rent. Residents at Cornwallis Road Apartments and other DHA affordable housing units are still facing evictions at disproportionate rates.

“DHA is trying to evict me again,” stated long-time DHA resident Barbara Lyons, who received an eviction filing notice in late February for her apartment in the Cornwallis DHA neighborhood. “Bureaucracies like DHA tend to preserve themselves and those with power so that when those of us that are poor indicate that there is a problem,  then we become the problem.” Ms. Lyons, who will be speaking at the press conference, had recently organized a new resident’s council at Cornwallis, and when the time for election came, DHA management informed her she was ineligible to run for council president because of late rent, which later turned out to be an accounting error.

The Emergency Committee to End the Durham Eviction Crisis is holding a press conference on March 6, 2020 to urge the Durham Housing Authority immediately rescind these filings on low-income Durham residents.

Additional information and signers can be viewed online at: www.stopevictions.network

The Emergency Committee to End the Durham Eviction Crisis is a broad, coalitional effort of concerned individuals and organizations fighting to end evictions and for affordable housing in Durham.